Dennis Freese began playing clarinet more than fifty years ago, later adding many other woodwinds (saxes, flutes), as well as vocals, to his professional life in music. 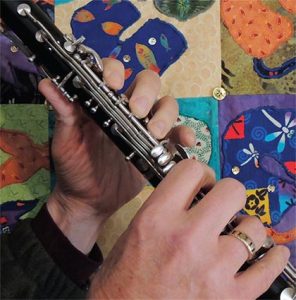 Dennis has performed professionally throughout many parts of the world, backing international superstars like Bernadette Peters and The Four Tops/Temptations… on land, sea, and air (television that is!). His own group has been an opening act for headliners as diverse as Bob Seger and Bill Cosby, and closer to home, Dennis has appeared in many Stage, Green Show, and Daedalus productions at the Oregon Shakespeare Festival in Ashland. He’s also recorded five albums (featuring many of his original compositions), and been a session musician on countless recordings.