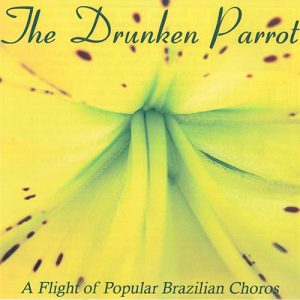 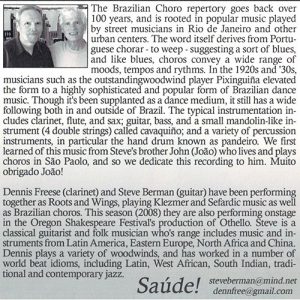 A Flight of Popular Brazilian Choros. The first album by Dennis Freese and Steve Berman who have been playing together as Roots & Wings since 2006, and incorporate a wide variety of musical genres into their performances. During the Summer of 2008, they were musicians in the Oregon Shakespeare Festival’s production of Othello, and in the green room, between stage appearances, they decided to record a CD of some of their favorite Brazilian choro melodies. That led to this first CD together. Their second CD, Hora de Sonhar, again features some of the outstanding compositions in this genre.